STOP JEFF SESSIONS FROM BEING VOTED IN by signing the petition below! Then Post To Facebook! Jeff Sessions is a man that beat black older voters with a club and tried to intimidate Martin Luther Kings older followers with the FBI according to Coretta Kings letter that was supposed to be read by Elizabeth Warren. The republicans shut her down and wouldn't let her read it...

Lets stop them from voting him in!


And as a bonus. "Senate Majority Leader Mitch McConnell (R-Ky.) unwittingly gave women a new rallying cry when he silenced Sen. Elizabeth Warren (D-Mass.) on Tuesday night. “She was warned. She was given an explanation,” he said. “Nevertheless, she persisted.”

Learn The One Billion Rising Flash Mob Dance All Over The World, Then Go Do it in Your Providence Or City! V DAY FEB 14TH! (Some do it early)

This is near and dear to my heart. And so Incredibly EMPOWERING!

ONE BILLION RISING (against violence)

So I am inviting all of you, all over the world. 207 countries...EVERYWHERE!

Then go do it in your city. Find out where yours is HERE: http://www.onebillionrising.org/events/#!/0/0/1/

220 or so people are doing it at Gasworks park in Seattle... I will be there!

I Am So Proud Of My City! (Seattle Washington) 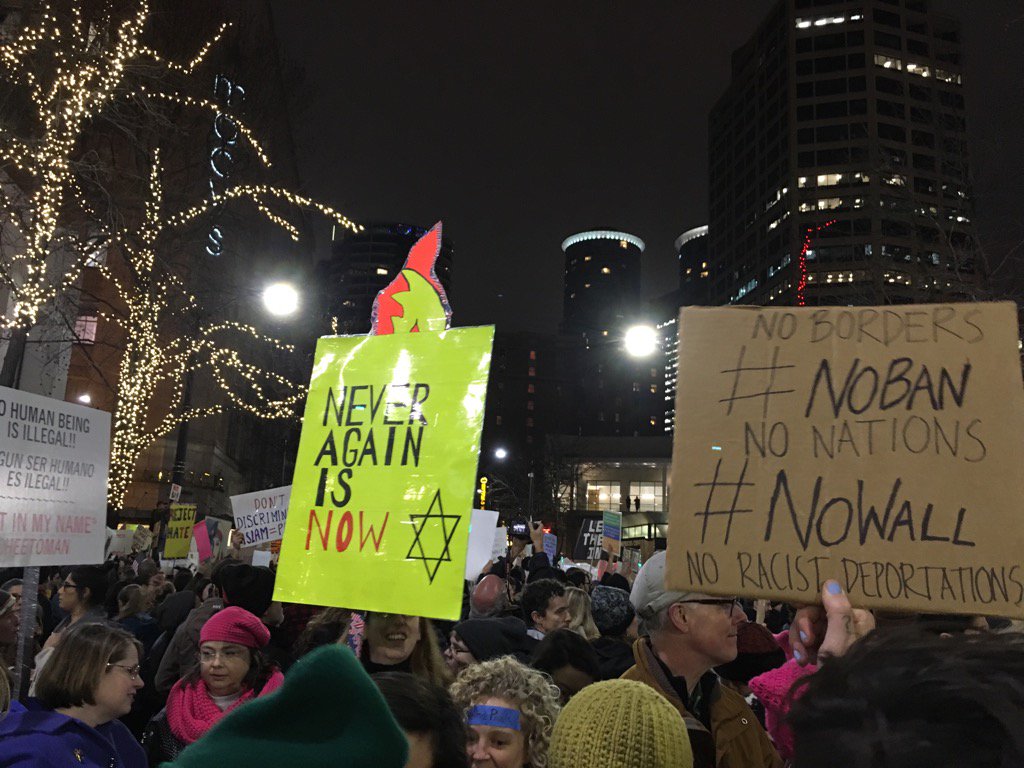 My husband just got home from work...

He texted it back.

That co- worker had it put on a t shirt and wore it to the Seattle protest against immigration.

I am sitting here in tears.

And then there is  this ""This city will not be bullied by this administration," Seattle Mayor Ed Murray said, adding that he instructed city departments to rework their budgets to prepare for the possibility that federal dollars could be lost. "We believe we have the rule of law and the courts on our side. "