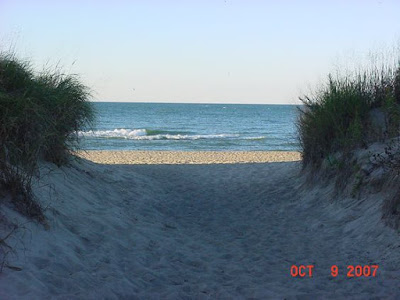 (I am SLOWLY getting back into writing, (since moving...Thanks for your patience dear reader:) And I do mean dear...I really appriciate your being here with me as I talk about my life.

Feels a little bit self indulgent, yet I know this is what I need to do. If anyone who has been through abuse or a near death experience can find help or solace in any of this, it is worth writing this to me.
When I was little I remember my parents went on vacation without me. I don’t know if my sisters went with them or not, but they weren’t with me, and they didn’t stay home, so I’m assuming they went with my parents.  Interesting. I never thought about that before writing this.  But I know that my neighbors actually took care of me while they were gone.
The Brocks.   Ahhhh, the Brocks. I loved them.

My favorite hangout when I was a child was on their land. There was a stream running through the front of their land with cattails and tadpoles EVERYWHERE…tadpoles were fun to catch.
They had a HUGE field with killdeer (birds) that chased me as I screamed bloody murder through the long grass.  The females laid their eggs in a nest on the ground,  and they protected the nests ferociously. They ran at whomever, whenever anyone even got near the nest. They terrified me. That nature to protect is so inherent  in those females.
What happens to the nature of an abused woman  when their children are abused? The only thing I can think of is that nature so inherent in the bird family, in most of nature, where you see a mother who will FIGHT to the death just to protect her young can be lost in a woman who is with an abuser. Some can be SO lost in their  own  struggle to survive that they lose that inherent, VITAL will to protect their children because they are so focused on keeping themselves alive when they feel  they have nowhere to go.
I applaud women who do leave. They teach their children a valuable lesson. That NO ONE has the right to beat another human being. She has more respect for herself, and her children than the man who is insisting that, because he is stronger he can use it to beat “OBEY”! into their heads.
I would respect my mother that much more if she had the strength and decency to put her children above a man who was literally tearing her children apart. Instead, she joined in. Thank God I had places I could escape to.
The Brock's had a great chestnut tree I sat under. I hid from the world under its cover. I could crack the nuts open with a nutcracker I got from my parent's kitchen. If I didn’t bloody my knuckles  too much with the needles on the things I would eat it. I would sit under that tree for hours and daydream. I would disappear for hours. I would not answer to the calls of my parents , my sisters, or anybody. I lived in my world under that tree, and the sky was green, ok, at least the leaves were.
Late at night under the chestnut tree, the lightning bugs came out, and I could catch them between two Dixie cups, or if I was REALLY lucky, I could get plastic cups that were see through, and then when I caught one I could use it as a lantern-almost, if I had enough tape to keep the cups together. If I didn’t have any tape, I would desperately try to keep the cups together so they wouldn't escape and leave me in the dark. That would land me with an angry lightning bug trying to get out and sooner or later they would fly off, like a tiny little Christmas light rising up to the sky.  But for just a second, EVERYTHING was illuminated.

Life is kinda like that. Everything is clearer when you can see, and you’re not in the dark anymore.
Lightning bugs are so cool. Growing up with them I just assumed they would always be there. (One thing  of interest I found out from a friend... back east fireflies light up the sky. Where I live in the Pacific Northwest now, I thought they didn't have fireflies. They do. They just don't light up. What makes a firefly light up?  Well you could say its what they're made of. As with everything else in life. Its all in what were made of. I had to be made of some pretty tough stuff growing up. I'd like to think I am a firefly, all lit up. (Depends on the day, haha)
Needless to say, I LOVED the Brocks. But maybe their land even more:P.
So, when my parents had me stay at the Brock's house while they were away, I was pretty happy about it.
Mrs. Brock was pretty crabby. I surmise it was because of the precocious little girl that I could be. I never could sit still for long.

Her crabbiness even transferred to the dinner table.

She wouldn't even let me have honey from their honey jar until I ate all the carrots on my plate. I pouted for a long time until Mr Brock persuaded me to eat them drizzling honey on the carrots.

While I was with them, she took me to Erie Zoo. What a treat! My parents didn't bring me there many times during my childhood.

There some random newspaper man saw this little wild thing (me) climbing around on the zoos version of what I thought was a water fountain, a cement full color baby elephant with water coming out of the trunk.

This newspaper man asked me to climb up the elephant the rest of the way and get a drink from its trunk so he could take a picture.

"Hallelujah! I GET TO CLIMB BACK UP!!" I thought, deliriously dizzy with happiness.

Mrs. Brock was mortified…she had just been trying to get the wild child (Me)  to “ GET DOWN FROM THAT THING!!”

I was delighted.  My mom cut it out and gave it to me.  One kindness anyway.

I still have that picture to this day.

Later that day Mrs. Brock took me to Erie "Lake".
I hadn’t really learned how to swim yet, though my first experience with water terrified me.
My first swimming lesson was with a lot of other children there for lessons.

The instructor at the pool decided to teach me a quick lesson.  I didn’t float at first, so he decided to try to teach me to not be scared by holding me under the water. I was even more terrified... I screamed underwater! My lungs were on fire and it felt like forever till he  pulled me back up out of the water.

Presque Isle State Park: (what we called Erie “Lake” (Peninsula)  was beautiful. I loved sticking my nose out the window smelling the fresh air, looking at the sand and how it shimmered in the sun.

I adored going there. Years later, I have memories of throwing seaweed at my sisters there.

It was a cheap way of going swimming, but it was a dangerous place. There were currents that could pull you out too far before you knew it. They would have current warnings that you could dial in to the radio to find out about.
When I was with Mrs. Brock there,  I played where she could see me, close to shore.

But what I was unaware of is that I was being dragged out farther into the water. When I finally realized what was happening I tried to cry out, but when I did, my mouth filled with sand and dirty water that I kicked up from my struggle. I gagged on it as I tried desperately to pull myself closer to shore.  I remember the harder I tried, the more the current weighed down my arms and dragged me out.
I was going under.
I flailed around, terrified, I realized I was drowning and felt helpless to do anything about it. I couldn't fight anymore. I let go, looked down, and thought how beautiful everything appeared and how sad I was to leave it. The rocks were grey and white and dappled, so many different colors, and there was an indescribable peace. A peace I have only felt twice in my life, (Those of you who have been reading  my blogs may know of my other near death experience) but for me now it comes from a place that is familiar to me.  A place I suspect at least once in my AFTER life  I will be surrounded by people I have loved before.
It's funny the things you remember as a child. A dog's wet nose,(I cuddled a LOT of dogs),  the sound of water, the color of rocks as you're drowning, and then your lungs burning as someone, mercifully, tearfully, is pulling you out of the water and you know you’re safe.